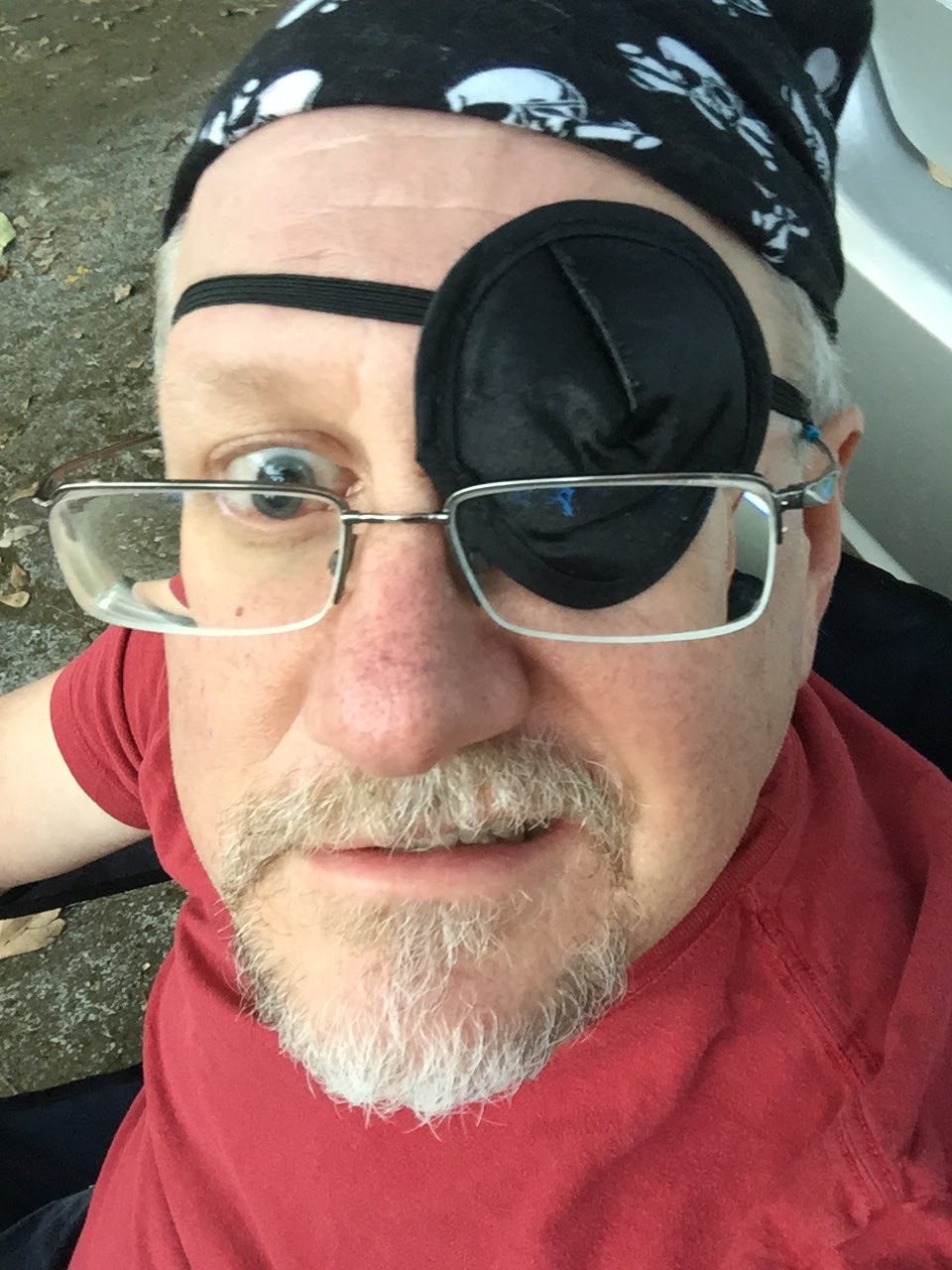 By early October of 2016, everyone was over their sore necks from the car crash a couple weeks before. Boy Scout popcorn sales were in full swing with “show and sell” opportunities, where we post ourselves near a grocery exit and the Scouts make their best pitch to sell a few bags of popcorn. It’s worth pointing out that Scouts BSA does not require youth to sell popcorn, or even to fundraise. It’s a troop by troop decision and our Scouts participate in three fundraisers each year. Popcorn stands out as the highest profile because we are posted in high traffic areas wearing our full field uniform. There are rewards to scouts for popcorn sales, including the opportunity to earn money towards a college fund after quotas are met.

Our troop’s biggest fundraiser is Christmas tree sales. With the proceeds after cost being divided between scouts according to the hours contributed. The easiest fundraiser are “Camp Cards.” The Camp Cards are discount cards for our local area, typically sold for $5-$10 per card with immediately redeemable discounts that far exceed the face value. Half those funds go to a Scout account that pays annual dues and camping costs.

It wasn’t unusual for some Scouts to irritate others, but Avner was having a harder time than usual, cooperating with his fellow Troop members during the Show and Sells. A couple times, He took an opportunity to go out with just me and it seemed that things were fine. However, the short temper, and irritability were getting more common and we were getting reports of problems at school as well.

Most frustrating was exceptional friction between the Honors Chemistry instructor and Avner, to the point that the instructor called us at home to speak with Barbara and me. Avner has always gravitated towards the sciences. Chemistry and physics were his favorite topics when he was just a little younger. Barbara and I could easily be considered nerds and we always encouraged Avner to approach most problems with the investigative curiosity of a scientist. Before the year began, he was looking forward to getting hands-on with the periodic table that hung in his bedroom.

The biggest complaint was that he was falling asleep in Chemistry, his last class of the day. We would discover that he was dozing off in other classes throughout the day as well. All of that information concerned us and we were working with the freshman guidance counselor.

Between the bicycle accident in August, and both our bikes being totaled with the van at the end of September. We had been trying to get Avner accustomed to the city bus service. However, he frequently missed the morning bus and Barbara and I took turns taking him to school. More often than not, I took the mornings and Barbara did pickups in the afternoon.

The morning waking ritual was becoming more extreme. It was not uncommon, if the alarm failed, and the gentle prodding failed, that I would resort to an escalating arsenal of methods to get him out of bed, including loud singing, tapping, tickling or shaking a shoulder, or even an ice cube on his back. Barbara’s parents had visited us about this time and expressed their dislike of my methods.

I wasn’t fond of this escalating war of the morning bedroom, but I felt frustrated and trapped without alternatives. If I left him alone, he wouldn’t make it to school on time. As it was, his first class of the day was geometry, which began at 2nd period. (He was taking an optional 7th period so he could start a period later.)

Other strange things were happening at home. We were using gel laundry pods for our clothes. We would find them upstairs and Avner couldn’t explain why. We were finding blue stains in the off-white carpet, where the pods were drained of their contents. We found feces in the upstairs hallway and under a small table in the guest room. It was small and we assumed that was from an animal, but no evidence of an animal getting in the house could be found.

This night owl stuff had to stop. Not only wasn’t Avner waking in the morning. He was potentially violent when we tried to wake him. He would lash out with hands or if someone was at his feet, he would kick. At the same time, it was evident that Avner was waking at night to eat. Sometimes, he would deny it. We would find plates and bowls under his bed, along with sport drink bottles.  On one occasion, he even drank most of a bottle of maple syrup.

By early October, we had returned to Dr. Schmidt, the psychologist who had diagnosed Avner’s ADHD and Asperger’s Syndrome (Autism Spectrum). Avner offered nothing to the conversation and fell asleep on the upholstered loveseat in Dr Schmidt’s office. It looked like a willful refusal on his part. The behavior didn’t seem to have any other explainable source. He simply refused to speak, then rolled over and appeared to shut out the world. Dr. Schmidt suggested that we see a colleague of his, Dr Agbunag, a psychiatrist who was part of his practice group. The other option he suggested was to consider a residential program.

This began a confusing series of events. Avner would start a new medication. He would seem to improve for a period of time. A week or a few weeks later, we would be back where we started.

Somewhere in that period of time, Avner started to take objects apart. It seemed almost indiscriminate. There were several electronics that he disassembled, but also a number of mechanical objects.

Over time, he would disassemble

We tried to increase the presence of positive influences in his life. A good friend, who also happened to be a retired fire chief, took him to a movie. He fell asleep in her car and she almost couldn’t wake him to when they got back home. She considered calling 911, but he woke before she could.

Falling asleep in the car became a regular event. We would go out to dinner and Avner would be asleep before we got home. Sometimes, we would just leave the garage door open, if he didn’t wake when got out of the car. Sometimes, he wouldn’t make it to the car, and he’d just fall asleep against my wife in a restaurant.

The school year was not starting on a positive note. I grew to know the school guidance staff better than my child did.

At Dr Shmidt’s insistence, we started to research residential facilities. What we found just seems scarier than dealing with Avner. Another suggestion was to have an officer visit from cyber crimes to speak with Avner. It was a one sided discussion. Avner was completely shut down.

Near the end of October, I got into my car to drive Avner to school. There was a bright green flash in the periphery of my vision, like the one I had over the summer. This time I knew what was happening. Based on my previous vitreous separation, I knew that I had a few hours before I was likely to have impaired vision.

I called my wife from the car. I asked her to call the eye surgeon. I wanted to take Avner to school and then go to the eye clinic. It was a terribly maudlin moment. As the vision in my right eye continued to deteriorate after the first surgery, I worried about losing my vision in the other eye.

I took special care to appreciate the sunrise on the way to school. I was as supportive as I could be Avner, not knowing when I’d see him clearly again. In hindsight it was melodramatic. In the moment though, I was filled with uncertainty.

By the time I dropped Avner at school I had an appointment to have my eye looked at. They confirmed that I was having another vitreous separation, but this time, the retina didn’t seem to be involved. I was told that it shouldn’t be a problem and I should go home. Expect a few “floaters” in my eye when I wake the next day, but it should be otherwise uneventful.

The next morning, I had the floaters as promised. I struggled to view the computer most of the day. At one point I tried testing my relative vision to compare each eye. I determined that I actually saw clearer through my right eye, dimmed by cataracts than my left eye with “floaters.” In fact, my left eye was more like trying to look through a snow globe having a blizzard.

The next time I saw the ophthalmologist, I was informed that because of the quickly forming cataracts in my right eye, the corrective vitrectomy for the left eye would also develop cataracts, quickly. I was told that I needed to wait over a month before I could  have corrective surgery. Until then, the world would simply keep getting dimmer.

At least I still had my pirate bandana and it was an easy choice to accessorize for handing out Halloween candy.