Camping in the Hospital Hoping for Answers

Home Diagnosis Camping in the Hospital Hoping for Answers 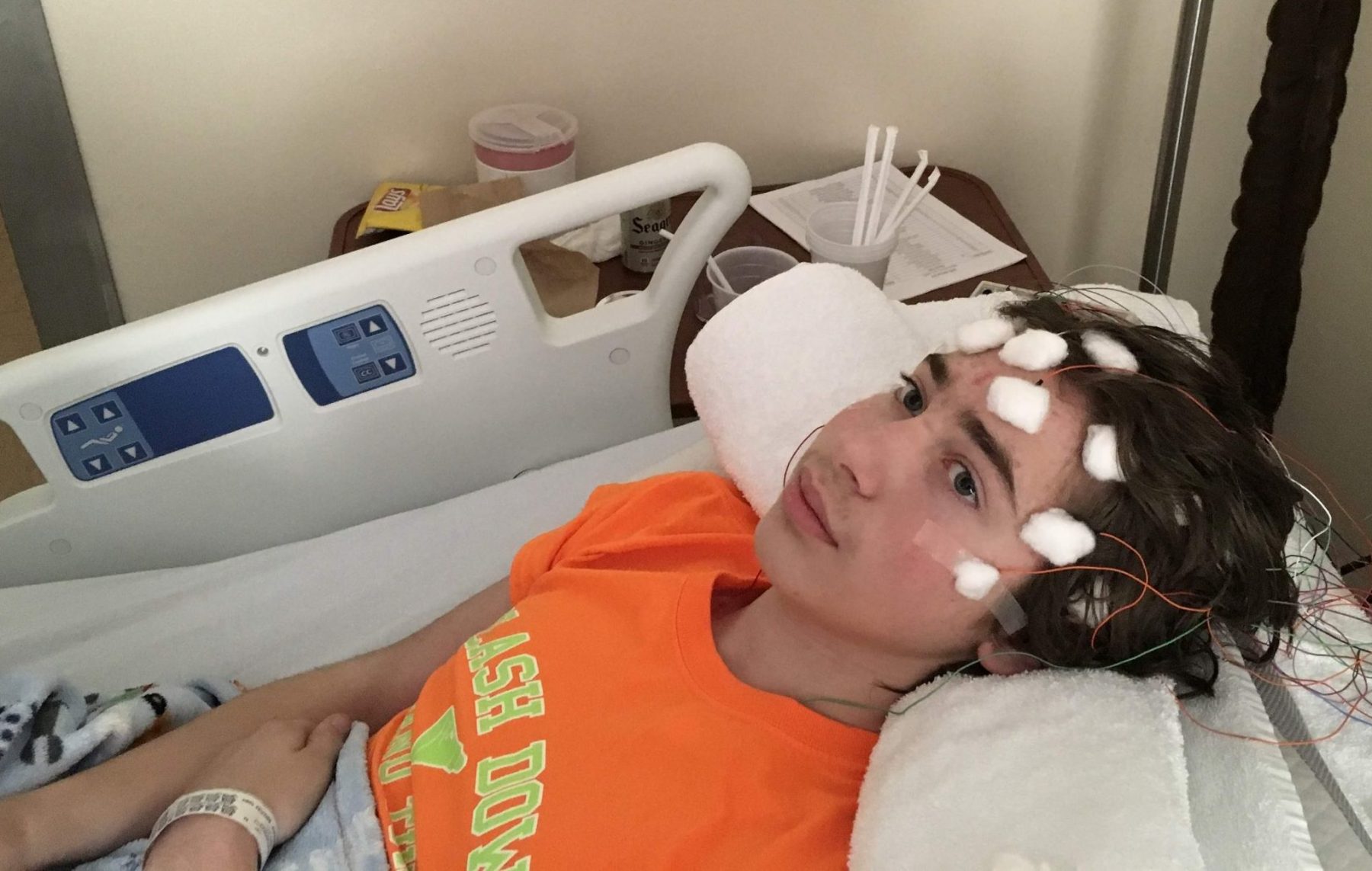 The hospital Avner moved from emergency to the pediatric floor on that Friday afternoon. Avner arrived at the hospital early in the morning after a difficult evening, still asleep and unable to cooperate, nonverbal and resisting attempts to examine him.

I learned since, that weekend admissions to the hospital mean a lot of attention from the general staff but nearly no access to the specialists you might need to speak with. Hospitalists perform tests but meaningful interpretation of the results often wait until Monday.

A Wikipedia article that I printed and brought with us to the hospital contained the sum of my knowledge about Kleine Levin Syndrome at that time. I shared the article in the emergency department and with the pediatric hospitalist. After seeing Avner’s dramatic emergence from sleep, the doctors agreed that KLS represented a possibility but they were not qualified to make such a diagnosis.

So, after a hearty lunch, Avner settled into his room with a selection of movies to watch. Barbara and I decided that I would take the first night at the hospital with Avner. I took Barbara’s car keys and drove home to pack a few possessions.

The way tv audio was routed through the nurse call/intercom makes it difficult for anyone other than the patient to hear the tv. Subsequently, we either struggled to hear the tv while Avner watched, or we found something else to do while we waited for anything to happen.

The Scout motto is, “Be prepared.” Avner rose to the rank of Star Scout by this point and we camped frequently as I served as Assistant Scoutmaster, so my camping gear stood ready to go. Once home, I stuffed my sleeping bag into my backpack and grabbed my cot. I keep toiletries and other personal items  ready in the pack.

My cot consists of two folding aluminum rails with a canvas hammock slung between them. Four “W” shaped aluminum “feet” hook into the bottom of the cot supporting both side of the frame and run from head to foot, stretching the canvas tight. The entire assembly is just high enough to stash an empty backpack underneath and not much wider than my shoulders. It is, however, very comfortable in a tent and much better than the guest bed in the hospital. Barbara and I sat with Avner for the remainder of the day. Nurses came and went from the room. At one point, I spoke with a nurse about waking Avner to get vitals in the night. She explained that the notes in Avner’s file were very clear, that no one would be intentionally waking Avner if it wasn’t absolutely necessary.

The first night passed uneventfully. For all the fireworks of Avner’s arrival, there was little to see as he remained in the hospital for observation. We spoke to the hospital pediatricians when they made rounds. They were clearly doing whatever homework that they could, but that seemed very limited. There was talk about bringing in the pediatric neurologist and the genetics counselor. They didn’t want to release Avner, but they had few ideas to pursue. Mostly, Avner watched movies on Saturday February 25. The viewing ranged from Monty Python and the Holy Grail to the kids fare available from the hospital.

Whenever I left the hospital, I called family with updates, such as they were and I’d call my friend Leonard. Sometimes Barbara and I fielded calls from close friends who knew where we were. It seemed very hectic, yet very little actually happened. .

By this point, my parents and Leonard started believing that I might actually have stumbled on the correct diagnosis. They’d ask me questions as if I knew something more than had been published on a handful of web pages. I learned to use the refrain, “sure, that’s possible, because no one seems to know.” Even today, as the topic of Kleine Levin Syndrome or sleep disorders becomes the topic of discussion, I frequently have to answer that almost anything is possible because so little is actually understood about the etiology or processes that cause and maintain KLS.

As a parent of a child afflicted with Kleine Levin Syndrome, the state of research can frequently be compared to the story of the blind men trying to describe an elephant. Each one touching and trying to describe the whole from the limited experience of their part of the animal. KLS research appears to be in a similar state, with specialists looking at different parts of the disorder without being able to see the whole scope of the illness at one time.

When I drove to get burritos or to get a sandwich for Barbara and me, I’d phone someone, to hear a sympathetic voice. I would field more questions, for which I possessed no answers.

The hospital doctors scheduled two procedures, a head MRI and an eeg. They performed the MRI on Sunday. Avner was uncomfortable with the MRI machine and he was sedated for the procedure. He came out of the anesthesia without significant incident. As I recall, he dropped off to sleep suddenly at one point in the afternoon after the scan but returned fully cognizant within an hour.

On Monday, February 27, the technicians arrived for the eeg. Avner and I joked around as the contacts were placed on his head and body. Perhaps from boredom, perhaps driven by something else, Avner began to sing. I’ve read references to singing in episode. However, he seemed fully cognizant as the contacts were adhered to his body.

Once the technicians connected all the leads, the testing began. While I observed from a seat near the head of the bed, I watched Avner become noticeably limp, though we was already lying down. He remained silent. The time had come to begin the strobe light portion of the test, to see if the flashing light might induce a seizure. The technician asked Avner to close his eyes. He only stared straight ahead, unresponsive. The eeg technician asked Avner again to close his eyes before the strobe was started.

By this point, I started recording a video, not knowing if it might be useful. Avner remained non-verbal. He started to shake his head violently, as if in adamant disagreement. He only grunted, using no words. We had seen this behavior before, like when we tried to drop him at school and the times we caught him taking apart objects. Surely, this would yield some valuable insight with all the instruments recording the incident.

Avner closed his eyes, and his body became limp again and the test proceeded. He didn’t move after the eeg. The technicians removed the contacts from his head and body and left. When Avner awoke again, he had no memory of the incident. We waited a few hours for the reading of the test.

The neurologist, whom we had met before, Avner’s room told us that the test showed no signs of seizure and nothing noteworthy. He suspected a conversion disorder. The hospital doctors however, wanted to get one more opinion. We waited a few more hours for the genetics specialist, who never arrived. Late in the afternoon, the hospital discharged Avner, with only a diagnosis of a conversion disorder.