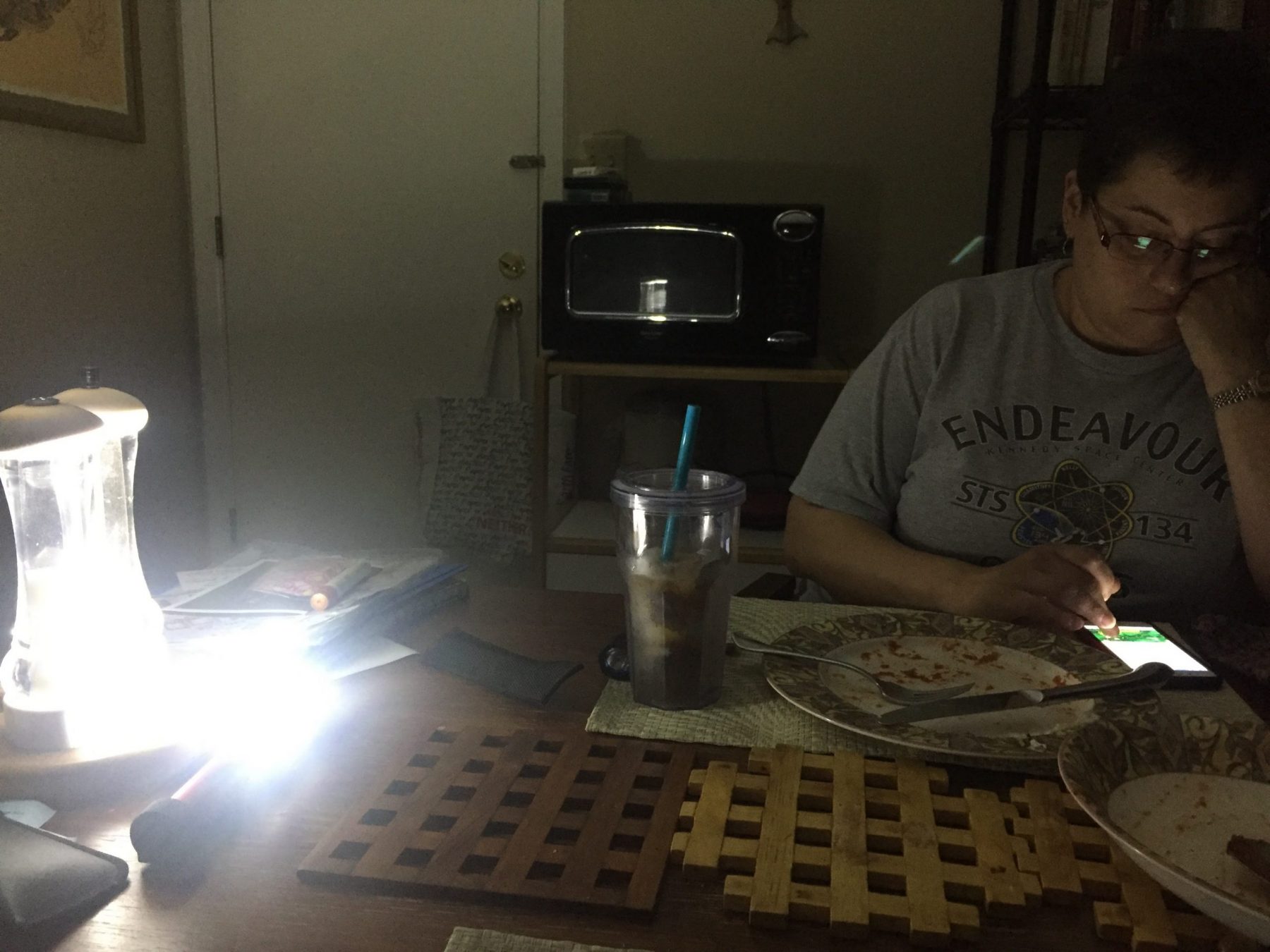 Avner’s freshman year of high school started fairly well in August of 2016. He found all of his classes. I’d drop him off at school, sometimes with the bike. We also experimented with local city busses. The knee was healing.

If you live along the coastal areas of the Southeastern United States, you recognize August as the middle and near peak of hurricane season. Northern kids get snow days. In Florida we get storm days, when a hurricane or tropical storm gets close enough to threaten our area that officials close the schools. It’s wise to do, but more often than not the storm will land somewhere else or turn back out to sea without causing much damage. We were watching a storm called Hermine.

By Wednesday, August 31, residents panicked, buying up bottles of water and food. The storm was scheduled to come ashore some time during September first. The schools closed.

I don’t buy bottled water. If you live in a hurricane prone area, it’s a silly exercise to buy expensive bottles of water for an emergency supply every time that a storm threatens your area. Eventually that water will start to take on a plastic flavor and it essentially won’t keep indefinitely. However, tap water is very inexpensive.

Instead, I have two portable sports coolers with spigots for cold drinks and they hold a combined total of eight gallons. When the first storm watches are raised (about 2 or three days in advance) I take reusable containers and fill them with tap water. I put the containers in the freezer to make blocks of ice and I fill the coolers with my blocks of ice. Large blocks melt slower than ice cubes. I chill the coolers with the blocks and then add the ice from my ice maker to fill in as much space as possible on the day of the storm. As my final step, I’ll pour a little water into the cooler which begins the slow melt. This method has consistently resulted in enough melt to keep the family in cold drinking water for up to a week.

By the evening of September first, Hermine made landfall in St Marks, just south of Tallahassee. That hadn’t happened since Hurricane Kate in 1985. Somehow, with nothing but dumb luck, I had avoided every major storm in Florida of my lifetime except Betsy which hit Miami in August of 1965 when I was only a few months old. I had grown up with Florida hurricane lore starting with the time my grandmother and her family survived the 1926 storm and yet I managed to miss them all. I even missed Kate, which hit Tallahassee in the 1980s  by escaping to my friend, Leonard’s, apartment near the University of Florida.

My mother  would  tell me that when Betsy approached Miami, she was so overwhelmed with preparations for the storm that she melted all the rubber nipples she was sterilizing for my bottles of mllk.

When I was a kid, I loved hearing the story of my great grandfather and great grandmother, both immigrants, who relocated to Miami just before the big storm of 1926. My grandmother told us that her father, Abe held the front door of the home shut as long as he could and decided that the door and the house wouldn’t hold, so he moved the family to their car, my great grandparents, three small children and the maid. From the car, the family watched the house blow away in the storm.

The family waited out the storm in their car, across the road from Abe’s furniture store. My grandmother would tell us that her father had parked under a sign that swung wildly in the wind. Being unfamiliar with hurricanes, my great grandfather and my grandmother’s brother, John went into the store to see what damage there was. The eye of the storm passed over Miami while they were still in the store. Realizing that the winds were too strong to simply walk back to the car, Abe took his six year old son under one arm and held a concrete block in the other hand as ballast, to stay anchored to the ground. That’s how he made his way back to his family.

Even as an adult, I carried that image with me of the power of hurricanes. I had prepared for them all my life and now I finally got to face my own storm.

By a quarter past eight, the air pressure indicator on my watch was taking a nosedive. By 9:00 pm we had lost power and illuminated the house with flashlights. We had chilled the refrigerators and put the freezers on the coldest possible settings. Non-perishable foods were stocked up. We were prepared.

Our home,  like many in Tallahassee, is surrounded by large trees on all sides. We determined that the safest place to sleep that night was in the middle of the house, in the living room. Scouting had prepared us in one other way. We all had sleeping bags, ground mats and a couple of cots. After a few card games by flashlight, we turned in for the night.

About one  in the morning I was awakened by the nightmarish sound of a tree being ripped apart. I shone my flashlight out the windows on all sides of the house but couldn’t see anything but driving rain. I returned to my cot.

Friday morning dawn came in quietly. The sun filtered in through our windows. The lush green of northern Florida September. A touch of cooler air had slipped in behind the storm. There was still no power. Across the street, the tree I heard ripping and cracking in the dark, had fallen through our neighbor’s roof, into their kitchen. We could leave the neighborhood up the hill to our west, but the street was closed to our east by fallen trees and power lines. Aside from a few tree limbs, we had come through without damage.

It took a week to restore power to our street. We were one of the last areas in the city to get power. About midweek, a friend who had power, let us borrow their generator to get our refrigerator and a fan running. None of our food spoiled. On our last day without power, the last of the ice melted in our drink cooler. Aside from the dimming vision in my right eye, we were doing ok.