Warming Up for the Inevitable

Home ADHD/ASD Warming Up for the Inevitable 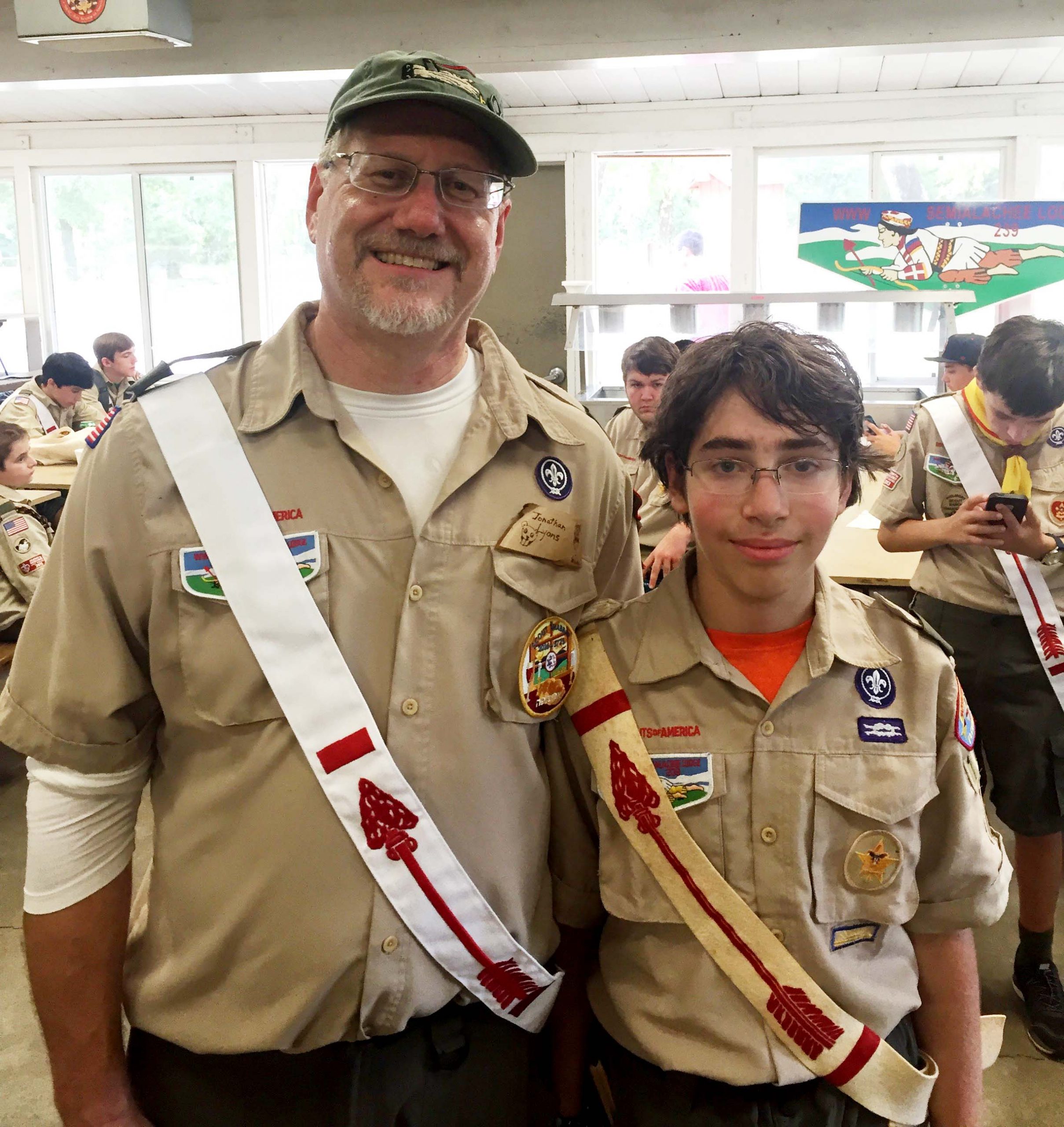 They say that the things that don’t kill you make you stronger. The kiln of 2016 hardened us in ways that we never imagined. Nothing would feel normal after the summer of 2016.

With the pressure of school behind us, we heaved a collective sigh of relief. There was no point in continuing restrictions related to school year behavior. We eased restrictions on Avner with the understanding that high school performance really mattered.

The schedule we worked out for Avner’s freshman year of high school looked manageable. The classes provided some challenge without being overbearing. We would take this time to reconnect as a family and aim to do better in the year ahead.

Avner returned from the Boy Scouts of America Seabase in St Thomas with the rest of our troop. The first warning should have been when one of our scouts said to me, “Mr. Lyons, Avner sleeps a lot.” Somehow that warning was ignored. That was early July.

Avner’s next activity for the summer was a Jewish sleep away camp. It wasn’t a scouting camp but just an opportunity to be around other Jewish kids his own age. Being Jewish in a small southern city doesn’t present many opportunities to be around other kids of our faith outside of a local day camp with a few dozen kids. Compared to our local camp opportunities, the hundreds of others Jewish kids at the larger camp was a special opportunity to not be in the overwhelming minority.

If you haven’t sent kids to a sleep away camp, it’s important to understand that many camps contract with pharmacy providers who package daily doses for each camper, so that the camp nurse doesn’t have to deal with piles of prescription bottles from around multiple sources and to manage each child’s timing for each dose. It’s efficient. It can also lead to problems.

Avner had previously encountered an ADHD medication “generic equivalent” that gave him extreme side effects. The reaction was so violent that we filed a report with the FDA about the medication. Apparently several other patients had enough problems that the medication was removed from the list of generic equivalents for Concerta (a longer acting form of the same medication in Ritalin). Since we had filed a formal complaint, we received notice of the change from the FDA. The problem was the time release method of the active ingredient. Concerta uses a technique called an osmotic pump. That means that the medication is wrapped in a plastic capsule that’s open on one end. The whole thing has a coating which dissolves in the digestive tract. All day long, the plastic container exchanges medication with digestive fluids, providing a steady dose all day long. The defective generic medication wrapped the full day’s dose in an “enteric” coating, like aspirin and similar pain medications. Once the coating dissolved, the patient received the full day’s dose, like a bomb.

It made Avner frightened and paranoid. Essentially, he went from a state of no medication to overdose. It was a terrible thing to see the first time.

As far as we knew, this medication was no longer on the market by the summer of 2016. Apparently, we were wrong. We received the call that no parent wants to receive. Please come get your child. There’s a problem. It was certainly a problem. He had left his counselors supervision unnoticed and was found some time later, curled in a ball in a parking lot. By the time he got home again, with the medication finally out of his system, he was back to being a happy kid on summer break.

By the end of July, it looked like we had narrowly avoided disaster at summer camp only to see the wound on my foot threatening to open again.

On the bright side, Avner had a new mountain bike, in preparation for the new school year. Avner had chosen his high school, so that he could continue with advanced Chinese studies. We thought that it would be wise for him to ride his own bike to school. It would give him some independence and responsibility, to get up in time and get to school.

He chose a used Specialized Rockhopper. It was a slightly smaller image of my own mountain bike. We could ride together in the mornings, making for only about a four mile ride each way and it would serve as my training ride, we thought. It even presented an opportunity to make choices between a paved route to school through an expansive city park with a paved trail and an off-road route with nicer scenery but a more technical ride. We even went on a few rides across the city before the school year to work on stamina, shifting and strength for hill climbing.

In late August our local Order of the Arrow (OA) Lodge, held its summer fellowship. Having completed the initiation rite, called The Ordeal, Avner and I were eligible to make the step up to Brotherhood membership.

From the time that Avner was a Cub Scout, he would tell everyone that his goal was to earn the rank of Eagle with at least two palms (medals for continued service past the rank of Eagle) and to be elevated to at least Brotherhood in the OA, the scouting honor society, like my father.

The weekend went smoothly. We worked around the Wallwood Boy Scout Reservation. The OA is the service arm of BSA and helps maintain camps and promotes camping. We received our Brotherhood counseling from the Lodge chief. Many of the adult leaders, including me, worked on improvements to the local ranger’s house at the entrance of the property.

I had been tapped out for Ordeal at the same time as Avner for my service to my troop and completing Wood Badge training, so we were on the same schedule for Brotherhood as well. About mid afternoon, after a hearty lunch, we prepared to go to the ceremony ring for our induction as full brothers of the Lodge.

Avner didn’t know, but I had brought my father’s Order of the Arrow sash with me to camp. I passed it to our lodge chief for Avner. As we entered the ceremony ring, we could hear a distant rumble of thunder. I wear a Casio Pathfinder watch, which has a barometric sensor and displays air pressure data. It’s a great camping and hiking accessory because it can warn you of storms when all other tools, like radios and phones may not work. In this case, I was watching the pressure graph take a nose dive. I wanted to pay attention to the ceremony, but the continued thunder kept prompting me to look at my watch, not for the time but watching the air pressure bottom out with the coming storm. Avner and I exchanged glances as the ceremony seemed to drag on.

Finally, we gave our oath as brothers to uphold the ideals of the OA and the lodge. The ceremony started to wind down and the officers moved down the line, removing our Ordeal sashes and then putting our Brotherhood sashes over our shoulders.

We were still worried about the weather but grinning ear to ear with a sense of shared accomplishment, having earned Brotherhood. Then Avner noticed that his sash wasn’t embroidered cloth like all the others. His was older, made from a yellowing felt that was once white. I watched his face as he grasped that he was wearing my father’s sash from the 1940s. We were now, three generations of Arrowmen and all of us Brothers.

Our excitement was tempered as we were implored to finish the ceremony in our circle in the woods with the customary handshakes, as the thunder grew louder and nearer. The chief asked us to take our seats on the perimeter of the circle so we could initiate the new Ordeal members. Then the adult advisor announced a change in venue. The ceremony would continue in the camp mess hall while the storm passed.

About a week before school started, Avner and I decided to ride our bikes to synagogue. Avner and I used to make the same ride when he was younger, on a tandem trailer. In fact, from the age of 3, I took him to preschool and all the way to 3rd grade by bicycle.

It’s about 7 miles each way, to the synagogue with a nice rest in the middle and a nice lunch. The neat part of the ride is that the neighborhood around our synagogue was originally planned so that the homes backed onto a series of horse trails. The trails are a great way to get off of the residential streets and they frequently provide nice shade in the afternoon heat.

We left the trail and started riding along the road again, as I’ve done many times before and since. About a half mile down the road, as we were climbing a hill, a young driver with a suspended license misjudged the width of his car and clipped Avner’s handlebar. He went down. Somebody walking through the neighborhood, saw the incident and called 911. It was the first time that year that I would have the opportunity to sit in an ambulance.

Avner walked with a limp. He complained of knee pain, so we called Barbara for extraction from the scene and to avoid the costs of ambulance transport. At the emergency room, it was determined that Avner had a sprained knee and he was sent home with crutches. More bike rides would need to wait for a while.