Lost Without a Map to Get Diagnosed

Home Diagnosis Lost Without a Map to Get Diagnosed 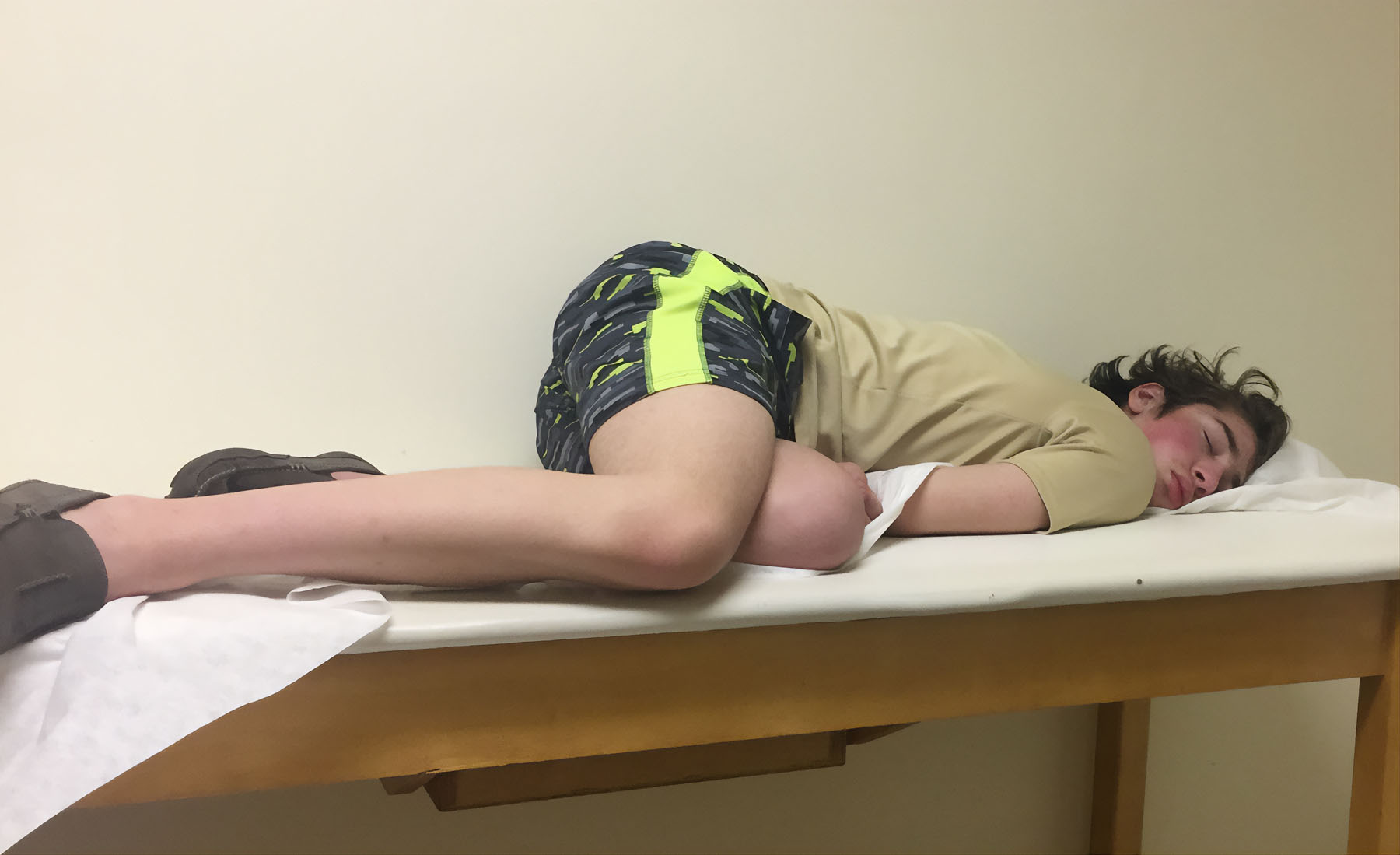 I stumbled into a description of Kleine Levin Syndrome almost as if by divine providence. I suggested to our family therapist that Avner’s extreme behavior problems might be directly related to sleep, instead of sleep being a response to another primary behavioral problem. When he suggested that we pursue that possibility, I started looking for an explanation. It seems odd to me now that I was looking for a medical explanation on my own, instead of consulting a doctor first, but it’s also worth noting that Avner had been seen by at least four physicians and a psychologist by this point. They all heard about the difficulties with Avner’s sleep but none of them indicated that it might be the primary problem.

There’s a metaphor I’ve heard about medicine that, “if you hear hoofbeats, look for horses not zebras.” Essentially, if a physician encounters a symptom, the most likely explanation is a common condition, not something rare or exotic. It seems like sound advice and I don’t fault anyone for following it. However, zebras exist and it creates a blind spot when we ignore them, looking for horses. Somehow, I convinced myself that I had a zebra and I was looking for a zebra wrangler instead of the capable stablehands we had already seen.

I started looking for a local sleep specialist who could confirm or dismiss my suspected diagnosis. Barbara skeptically agreed that the symptoms we read about were an astounding match for our home life. However, we both agreed that it would be remarkable and unlikely if a worried dad correctly diagnosed a rare disease with a search engine and Wikipedia that all our other health experts had missed. That only happens in books and movies, not in real life. At this point, we had little else to lose, so we pursued it.

By February 16, 2017, I began logging Avner’s behavior. It was about a month after we took Avner to the psychiatric hospital. After I presented my hypothesis about Kleine Levin Syndrome to Casey Schmidt, our family therapist, he advised me to log as much relevant data as I could. He was also highly skeptical, but he felt that the data would be helpful when we got Avner evaluated by a medical specialist. I made my first entry.

It was a memorable day. On the way to school, we listened to the morning news. We talked about world and other events. About two miles from the house, I turned to my right and Avner had fallen asleep, slumped against the front passenger window. I thought that I had a correct diagnosis, but I really had no idea yet what I it meant.

I proceeded to school and turned into the traffic loop and pulled up to the concrete drop-off area. I tried to wake Avner. He would not move. I was frustrated. Whatever plans I had for the day were being derailed. I unlocked the doors and walked around to the passenger side to open Avner’s door. He settled back into the seat away from the open door. I unbuckled his seat belt and tried to pull him out of the car. He grunted at me and pulled himself back into the car.

I closed the door and pulled forward towards the visitor parking. I repeated the exercise again. This time, he hunkered down in the footwell of the front passenger seat and stared at me. It felt like he wasn’t inside his own body. There’s really no other way to convey the feeling. After several minutes of struggling with him, trying to get him to leave my car and go to class, I gave up and drove him home.

Once we were home, I tried to get him out of the car and into the house to sleep it off. He would have no part of it. Eventually, I left him in the car asleep in the front seat. I assumed that he would ask to be let in when he awoke.

Barbara and I were still working in our own business from home at the time. She returned home after an errand or meeting of her own and found Avner asleep in the back of my car. He had enough presence of mind to lower the back seats of my Prius so he could lay out in the cargo area of the car. She was upset to find Avner not only home but sleeping in my car. She called me out to the driveway. After arguing about why I didn’t leave him at school, we tried to get him to come into the house. The day unraveled further.

Avner continued to be non-verbal. He ran out of the car and hid on the other side of the car from where we opened the door. He made himself as small as he could and crouched next to the driver’s side rear wheel of my car. When we tried to pick him up to bring him indoors, he ran around to Barbara’s car, a RAV4 which is slightly higher. We worried that he would try to climb under the carriage of the vehicle. This simply wasn’t right.

We left the garage door open so he might find his way back into the house.  Eventually, he came inside and fell asleep in the house and slept for several more hours. When he awoke, hours later, he claimed to have no memory of the incident.

I recorded what information I could and took care to keep my observations as objective as possible. We didn’t know for certain that he wasn’t staying up all night, though we considered video observation at the time. I simply chose to record his nighttime meanderings through the house that woke us and how often. I treated daytime sleep the same, though you might not call much of his daytime behavior really being awake.

Once we knew that appetite was a factor, we saw how our thin and discerning child became unhinged at times with his nighttime eating habits. These binges rarely happened during the day, but the telltale signs, like the empty maple syrup bottle, that had been full, made for notable observations.

When I researched the disease, I read one account where another patient had drunk a bottle of chocolate syrup.

My record separated actions from affect in the last two columns. I found it helpful for myself and it’s something I still do, even though I’m not writing the observations any longer. Once again, we were able to connect this behavior to the empty wrappers and other food containers that we found in his room and even under his bed.

It was the clearest way to see when The Monster had taken our child again. The Monster could hide himself sometimes. I’d think that I had been speaking with a rational person, then I’d have a mental whipsaw as an innocuous conversation would become contentious, then become very heated. It took great effort and mental dexterity to put The Monster at ease again.

Sometimes The Monster would be on the verge of a violent outburst for no apparent reason. The slight would be imagined. Avner would yell at me or Barbara. He’d get very agitated, find a place to sit across the house from us, glaring in anger and before we had wrapped our minds around the current problem, he’d be asleep again, in or next to a chair or our futon sofa.

It would dawn on me, “Oh, that wasn’t really Avner.” I’d then try to do whatever I could to calm my own nerves. Avner never remembered the outbursts afterward. We wanted to believe it was true but we still didn’t have that precious third party confirmation that we weren’t imaging this thing that we saw. We weren’t enabling a manipulative child. As parents, it unnerved us and we worried if he had gaslighted us or if it was real.

It still troubles me, how we seek validation from external authorities when we know that something is terribly wrong. Yet, I feel compelled to seek the advice of experts when I without any training or reference points. It would become frustratingly clear that virtually no one else had those reference points either.

A few days later on February 20th, we decided to take Avner and our suspicions to the pediatric practice that had been seeing him. Avner was clearly in an episode. We had been living with the symptoms for so long at this point that it had nearly become routine for us. Dr Peale didn’t think it was routine. He came into the exam room to see Avner and Avner could barely sit up. He kept trying to lay down and sleep.

Dr Peale did not know what he had and made it clear that he was not qualified to diagnose Kleine Levin Syndrome, if that was what it was. He strongly suggested, probably more than once that we should take Avner to the hospital as an emergency patient.

It must have seemed absurd. The concerned parents who brought their child to a doctor but didn’t want to go through the emergency department. In retrospect, it would have been the soundest advice at the time and we lost that opportunity.

Instead, we took our groggy child home. I was determined to find a qualified sleep center. Unfortunately, none of the sleep centers in Tallahassee do pediatric sleep studies. I had already learned that from a friend who needed a sleep study for another pediatric issue. That was probably a big part of why I avoided the local hospital. That mistake lies with me. I felt determined to get the right answer as directly as possible.