Things Get Worse, The Year When Our Lives Fell Apart

Home Diagnosis Things Get Worse, The Year When Our Lives Fell Apart 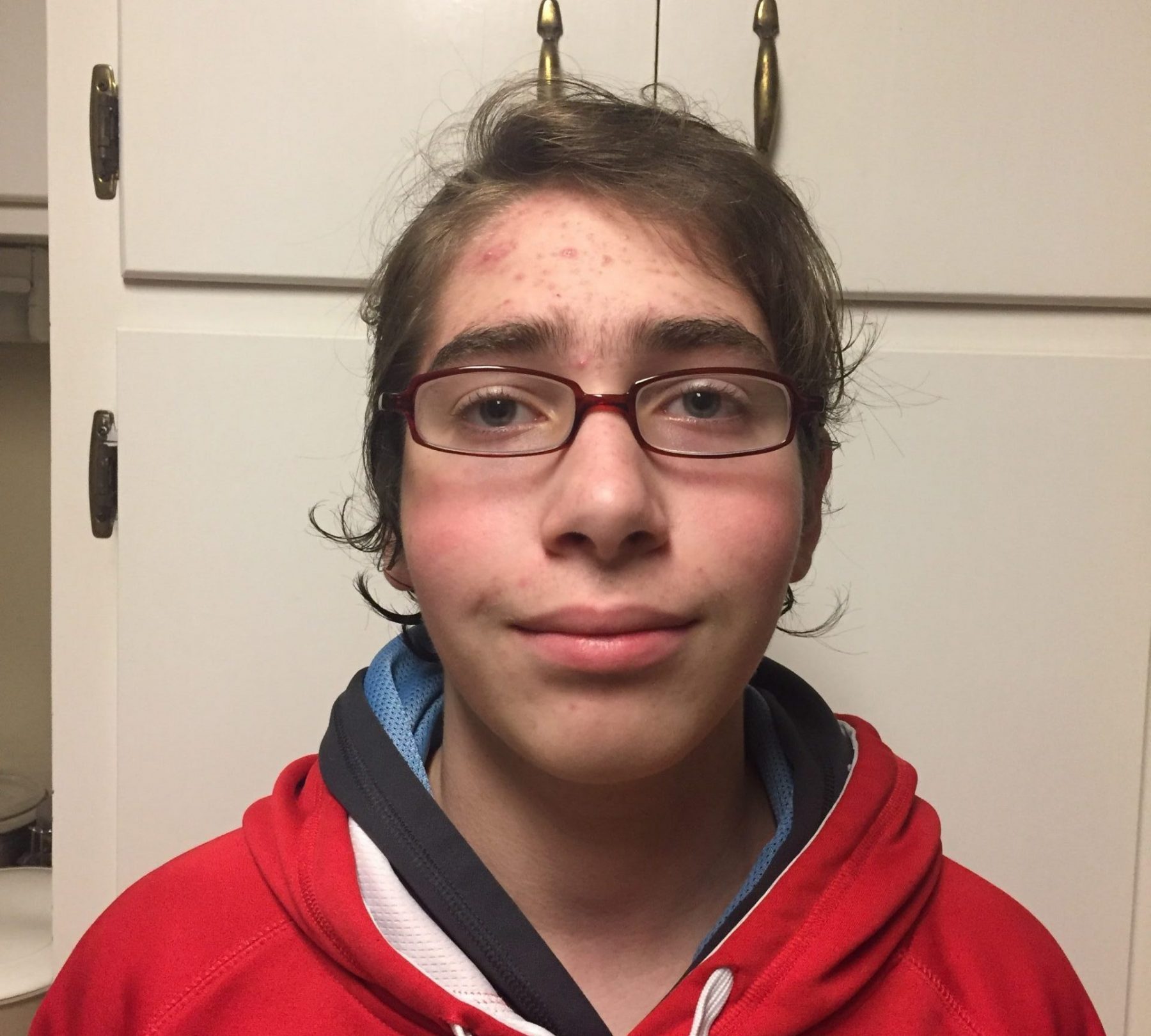 January 2017 started where 2016 had already begun to unravel our lives. We had a disastrous visit with my in-laws over the winter break. Avner’s behavior was bizarre, spending much of his time outdoors in the snow alone. Apparently he had episodes of repetitive behaviors, banging large chunks of ice on the concrete of the condo common space, actually the roof of the parking garage. He refused to interact with people and generally had us very frustrated. By the time we left, we were glad to get away and my inlaws were glad to see us go..

Avner had been switched from Concerta (an all day variant of the same medication in Ritalin) to Vyvanse, a stronger stimulant also prescribed for Attention Deficit Hyperactivity Disorder (ADHD). In spite of the change and the increased dosage at the time, he slept through much of the drive in the car from Florida to Wisconsin and back.

Avner’s psychiatrist, Dr Agbunag, hearing our concerns suspected some kind of depressive disorder. First she added Zoloft as an antidepressant. We held onto hope as Avner seemed to improve. Then as the episodes cycled around again we became frustrated and desperate again.

In early January Avner was complaining of stomach upset. I took him to the pediatrician, who is also the endocrinologist who treated Avner for delayed growth. During the doctor visit, Avner layed on the exam table and napped while Doctor Deeb spoke with me. I asked about Avner nodding off, and he suggested that it might be attention seeking behavior.

Shortly afterward, we met with Casey Schmidt, our family therapist. We were seeing him twice a month. Avner and he struck out at Barbara when she attempted to wake him and he kicked her leaving a bruise. Along with Avner’s other behavior, aggressiveness–especially on waking, taking a blanket and pillow to the bathroom and laying on the floor against the door to keep us out, resistance to participate in any conversation and his apparent feigning of sleeping in my lap during the session, Casey felt that we needed to act urgently.

Avner had also developed a new habit of taking things apart. He wasn’t breaking or smashing objects. Avner had begun to disassemble things, mostly home electronics. He removed every screw. If there were motors, he unwound the wire wrapping around the armatures and brushes. He removed heads and platters from hard drives. On the couple occasions that Barbara or I saw him doing it, he was completely non-verbal and appeared highly focused. If we tried to speak with him, he would only grunt or make noises, like high pitched screams in response. He started with some of his toys but we had some outdated video recorders in a closet. Avner took each object apart with meticulous detail. He claimed that he had no memory of these incidents, yet the trail of parts was unavoidable and undeniable.

Casey suggested that we take Avner for observation at the local behavioral health hospital. So all three of us piled into my car and drove to the behavioral health center. I parked  my car and we trudged up the hill to the blank wall, with the door and the intercom button. The visitor’s entrance on the other side of the building has attractive signage and an open parking plan. The intake side of the building is featureless. The parking lot is under large oak trees that shade the parking lot.

Nothing hollows out my soul like taking someone to a psychiatric hospital for observation and possible treatment. I found myself in that position twice with dear friends in crisis during my 20s. Taking my own child crushed me and I felt like I was on some terrible autopilot without a way to change our trajectory. I knew the location. I knew some of the process. I just kept moving forward. The entire experience had a sense of unreality to it.

To enter the building, we pressed the intercom button by the glass door. We explained that Dr. (Casey) Schmidt directed us to bring our son that morning. Someone we could not see, buzzed us into the building. Inside, there was a tv with daytime programming, a row of wood framed chairs with soft seats arranged in an “L” shape along the concrete wall. One or two chairs were double width to accommodate someone grossly overweight or a couple sitting close together. A door was open to a small office, where someone was processing intake paperwork. There were no windows in the main waiting room. There was no direct view in from the outside or out to the parking lot. There were only three doors, the exit, the reception office, and the security door to the hospital itself.

The room was intentionally blank. Without any sense of irony, a place where we hope that troubled people go in to get help and return somewhat healed to the world, is so devoid of anything comforting that it emits a feelling of lost hopes.

We waited a long time. We arrived before lunchtime and we were not called upon until mid afternoon. Apparently the hospital was busy with other intakes and releases. The television droned on in the corner of the room, near the door into the main area. Someone from the hospital led Avner away from us while we filled in paperwork. It felt like much of the paperwork, though necessary, exists mostly to keep loved ones busy during the patient assessment.

We handed in the paperwork, listing contacts, medications, insurance, HIPPA and permissions to treat the patient. It numbed the mind at a time when we already felt overwhelmed.

While we waited, feeling helpless, Avner was interviewed alone for intake. Dr Rashid’s notes indicate that Avner was agitated and unsure why he was there. He was articulate, frustrated and argumentative. Most importantly, except for not knowing why he was there, he seemed like most young teenagers.

We were called into Dr Rashid’s office. The room was somewhat spartan. A desk and a few chairs occupied the space. It looked like someone brought in the bare minimum office furniture and equipment to function in a previous patient’s room. Barbara and I sat with the doctor, listening intently to his report.

Most important to him, he stated clearly that Avner was aware of his surroundings and didn’t seem to have any delusions. Avner did not appear to present a clear threat to himself or to anyone else. In short, he didn’t meet the criteria for the hospital. Dr Rashid understood that the behavior we had observed was extreme and he could admit Avner but he wasn’t imminently dangerous. They could keep Avner for observation, if we insisted but he could also go home, while we looked at other options for youth in crisis.

The weight of having our only child committed, shifted slightly and felt heavier as the responsibility for the next step was placed squarely back on our shoulders.

We were given an opportunity to speak with Avner in an adjacent room. Light filtered into the room from the narrow windows at the top of the wall. There was a bed and some chairs. The conversation was strained and awkward. There is no good way to talk to your 13 year old child about whether you should leave him alone in a psychiatric hospital.

We returned to Dr Rashid’s office with Avner. The four of us discussed the situation briefly, Assurances were made that the hospital was there to support us if Avner’s situation changed. We were handed leaflets for local resources and we left for home with Avner, more frightened and confused than we started. We questioned whether we had made the right decision or contributed further to the problem.

While reviewing medical notes from the time. It strikes me that no fewer than four medical doctors and a psychologist had seen Avner by this point. All of them had heard about or made notes specifically about hypersomnia. None of them in early January had suggested or questioned whether the mounting problems could be related to the hypersomnia.

We rehashed the events of the hospital at our next therapy session. I suspect we were all frustrated and deeply concerned. Looking back, this was the moment when I grabbed a passing thought and gave it voice. “I’m about one class short of a minor in psychology, which qualifies me for absolutely nothing, but I did learn that sleep can do weird things to behavior.”

Casey acknowledged that my observation had some validity. “Well, if you suspect a medical problem then you need to pursue that before we do anything else.”

In retrospect, it may have been a challenge. Maybe it was a challenge to let the parent exhaust all their options so they deal with reality. Maybe, it was a relief that we had something else to consider.

I finally had a direction to follow. I was more than motivated. I became obsessed to find a sleep disorder that explained what we had been seeing. My search history must have been narrow and repetitive, looking at sleep disorders.

One night, as we watched tv on our living room sofa, I found something different than all the results for narcolepsy. It was a Wikipedia article about a very strange disorder called Kleine Levin Syndrome. The article was too good a fit for me to believe what I had found. It pulled together symptoms that we had seen and never connected to the other behavior.

I turned to my Barbara and said “I just found something really weird. I want you to read this” as I pushed my phone at her. She read it with skepticism. “That’s really weird” she agreed, handing the phone back to me.

The key points were that KLS is a recurring, episodic hypersomnia (sleeping too much) which appears to be related to a problem with the hypothalamus. Other systems related to the hypothalamus may also show signs of dysregulation, like appetite, hypersexuality, impulse control, loss of memory, derealization and body temperature regulation. Avner had been cranking the air conditioning to its lowest possible setting, making our house feel like a walk-in freezer at times.

“We’ve seen all those symptoms haven’t we?” I asked. Barbara agreed that we had.

I finally had a suspect other than a difficult child. We had a plausible explanation. Unfortunately, there was no known cure or treatment, but it was a start.