Overcoming Doubts about Kleine Levin Syndrome in my Writing 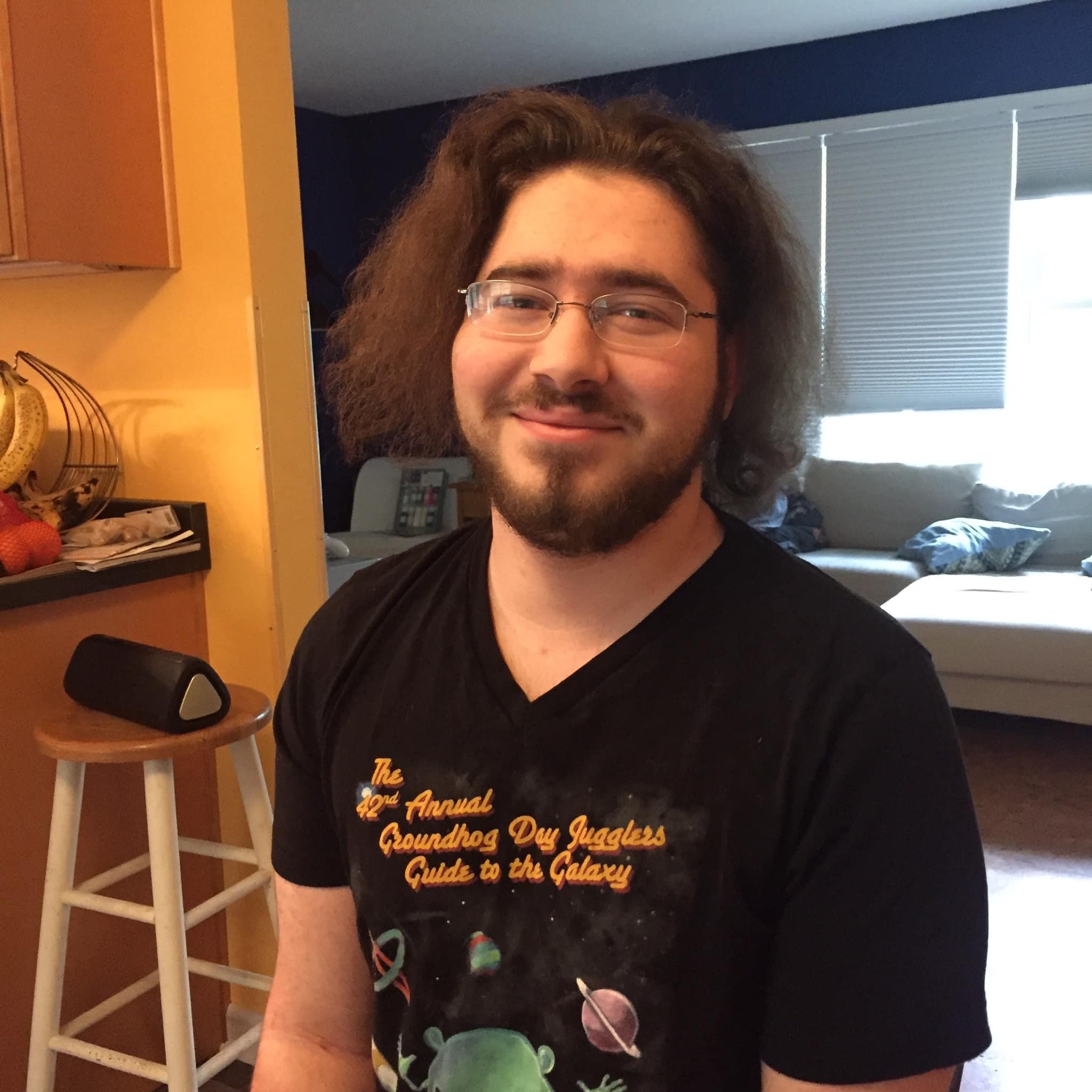 My apologies for the recent hiatus in my writing. I had to gather my thoughts about the next part of our family’s story. It  both drains me emotionally to revisit some of our darker days and I think it’s important to cover the details of this period as accurately as I can. As a memoir, I understand that much of what I share is my own subjective account of our lives. On the other hand, there is such a dearth of literature about Kleine Levin Syndrome, that this personal account will be read, analyzed and held closely by other concerned parents who think or fear that they are following our path. So, I want to get it right.

So far, my writing process has been more or less linear storytelling from the time that we remember Avner’s first episode of hypersomnia. I’ve been distilling my memories and trying to filter them through a rough outline and plot structure. Life doesn’t neatly follow plot lines and I use a number of tools to pull my memories together into something cohesive. Mostly, up to this point, my archived photos helped me pull time and place together.

I have reached the point where documents, medical opinions and observations had to be revisited and my sense of reality challenged. I found myself questioning my own veracity and the value of my own observation over the past few weeks. I understood that this part of the story would present challenges, but I hadn’t expected to doubt the facts at hand. It gave me pause.

Kleine Levin Syndrome, according to the KLS Foundation is frequently misdiagnosed and can take years to properly diagnose. That statement doesn’t really address the emotional toll of the diagnostic process for the patient and their loved ones.

Most frequently, as I understand the available literature, KLS patients are saddled with diagnoses that address only the behavioral aspects of the illness. That means that patients are suspected of a wide range of mental illnesses, like schizo affective disorder, obsessive compulsive disorder, depression, oppositional defiance disorder, conversion disorders and more. The fingerprints that the illness leaves on the brain remain invisible for most patients. A handful of patients have been observed by FMRI and SPECT  imaging, and the results point to physical signs of illness, but nothing sufficient to serve as diagnostic criteria. It’s all correlated data and researcher hypothesis to date.

Parents accept and embrace the early behavioral diagnoses because we need answers. These diseases have protocols, and treatments. They are relatively common and fairly well understood. They can be severe, terrible and crippling conclusions, but a certain sense that you are doing the right thing buoys your conclusions and you will find your way to some sense of normalcy.

Receiving those diagnoses for a family dealing with Kleine Levin Syndrome, puts you on shifting sands. There’s the initial elation that you have an answer and that a treatment will have a positive impact. It seems to work, as episodes ebb then there’s confusion, disappointment, and frustration as the next episode begins and the treatment is found ineffective. It’s an emotional roller coaster, up as the episode resolves and dropping precipitously when symptoms return.

By the time, you get your KLS diagnosis, you’ve been up and down so many times that you no longer trust any diagnosis, even if you suspected KLS. Even worse, there is no truly effective treatment for most KLS patients. All you get is the relative comfort that your child isn’t “really crazy” but that the sleep and the abnormal behaviors will keep coming and going anyway. You will see some improvement with years, but your best made plans will always require contingencies. “We’ll do this, unless the kid is in an episode,” or “we can only make this plan with a backup in the event of another episode.”

For me, it means never being certain about parenting decisions. Most prevalent is the concern that I’m being too demanding or too lenient given Avner’s level of cognition. Is he sleep drunk? Is he suffering a brain fog because he can’t shake off the current exhaustion? Maybe his head hurts too much to think clearly? However the worst is when you find yourself arguing with a child who is simply impaired and unable to process their world fully. Certainly, this is an aspect of living with any teenager and their hormones run amok, but Kleine Levin Syndrome raises the stakes and the level of opposition. One parent of a KLS youth told me that the doctor was reticent about the diagnosis because their child wasn’t oppositional enough. I have not been fortunate enough to face that struggle.

And so I found myself rereading the medical records a few weeks ago. Seeing the notes about friction in my marriage and inferences that could be influencing our child. I read notes about early hypersomnia being explained away as a difficult child or side effects of medication. All the notes about our journey in black and white and conclusions being drawn about relationships and unacceptable behaviors. There were even notes from the two trips we made, expecting to have our child hospitalized for behavioral observation.

It’s jarring at best. The language expresses little doubt or room for alternate interpretation. Everyone was certain of what they observed and it looked like a family that stood at the threshold of failure. Happily, I can say that is no longer true. However, in 2015 and 2016 we approached our wits end. There seemed to be no relief and no explanation for what we saw. If each of us as parents were at least moderately competent, then the problem most logically lay with the other parent. It was a very difficult time.

To reread those medical and therapy notes, doesn’t instill the confidence that I would want to find from looking back. It opens doubts. Were any of the doctors right at that time? Had we failed our child? Were we really unable to pull together for the wellbeing of our child? Were we so entrenched in our positions that Barbara and I couldn’t move past our positions to find peace and a solution for our child? Rereading those records stirred doubts that I thought I had moved beyond. How do you write this story without confidence in yourself and your actions? I couldn’t continue without some semblance of confidence that I was being intellectually honest on these pages.

A couple days ago, Avner and I went for a walk. This rarely happens. Moving slowly makes me feel every one of my 55 years. In some ways, I am an excellent specimen for my age but not all aspects. So, I rarely walk for exercise, preferring the bike, pool or a brief run.

Avner spontaneously shared that he had been reading an article on abnormal psychology and rare behavioral disorders. He has expressed a curiosity in this area before and I had heard the excitement as he reeled off one bizarre disorder after another, then he said that he identified with one that he read about. “Oh, what’s that?” I asked. He told me about derealization disorder.

I mentioned that derealization is a fundamental diagnostic criterion for Kleine Levin Syndrome. He acknowledged that. And so we talked and walked around our block. He shared that he vaguely remembers his experiences with derealization. He hasn’t experienced it since beginning his lithium therapy. After exploring a little of what he remembered, I shared that the therapist we visited, Casey Schmidt, did me a huge favor by being open to the KLS diagnosis, but very skeptical. I shared how I would read medical papers about KLS that I found online on my iPad. I would use Google searches on my phone to translate medical terminology. I spent a lot of time in 2016-17 researching in that way. I would read something in the literature, recognize it as something I had observed and I would ask Dr Schmidt if I was interpreting the papers correctly.

Frequently, I’d get a reaction like, “well yes but Avner hasn’t done anything that extreme, has he?” More often than not, I’d have to admit that no, it wasn’t as severe as the example in the study, but it seemed to follow the pattern closely. Any conclusion I might have reached was constantly tempered by Dr Schmidt’s skepticism. In that way, I was always open to another diagnosis. He also gave me the most valuable pre diagnosis advice I got. Keep a log of anything that seemed noteworthy. Sleep patterns, behaviors, affect, etc…. When the opportunities came, I arrived prepared with parental intuition and a data set.

I’ll describe this again later, but on the day that we finally got the KLS diagnosis, I encouraged the doctor to suggest almost any other disease. KLS at that time was a black hole with very little hope as we saw it then. It wasn’t something I wanted but something I strongly suspected. In many ways,  I left that medical consultation with a sense of victory, that my suspicions were validated, but I was now at the edge of an abyss, staring into its bottomless depths.

And so Avner and I turned the corner and walked up our driveway back into the air conditioning. My doubts had been resolved. I really had seen the things that I reported in my observations. Avner still remembers the derealization. We live with a disease currently called Kleine Levin Syndrome. It’s real.

If you’ve been reading previous posts, hold on. The next part of this story becomes very unpleasant. If you recognize yourself in these posts, I hope that this story helps make sense of your situation. If you’ve ever tilted at the windmills of medical establishments or public school, I hope that my experience provides some useful guidance.