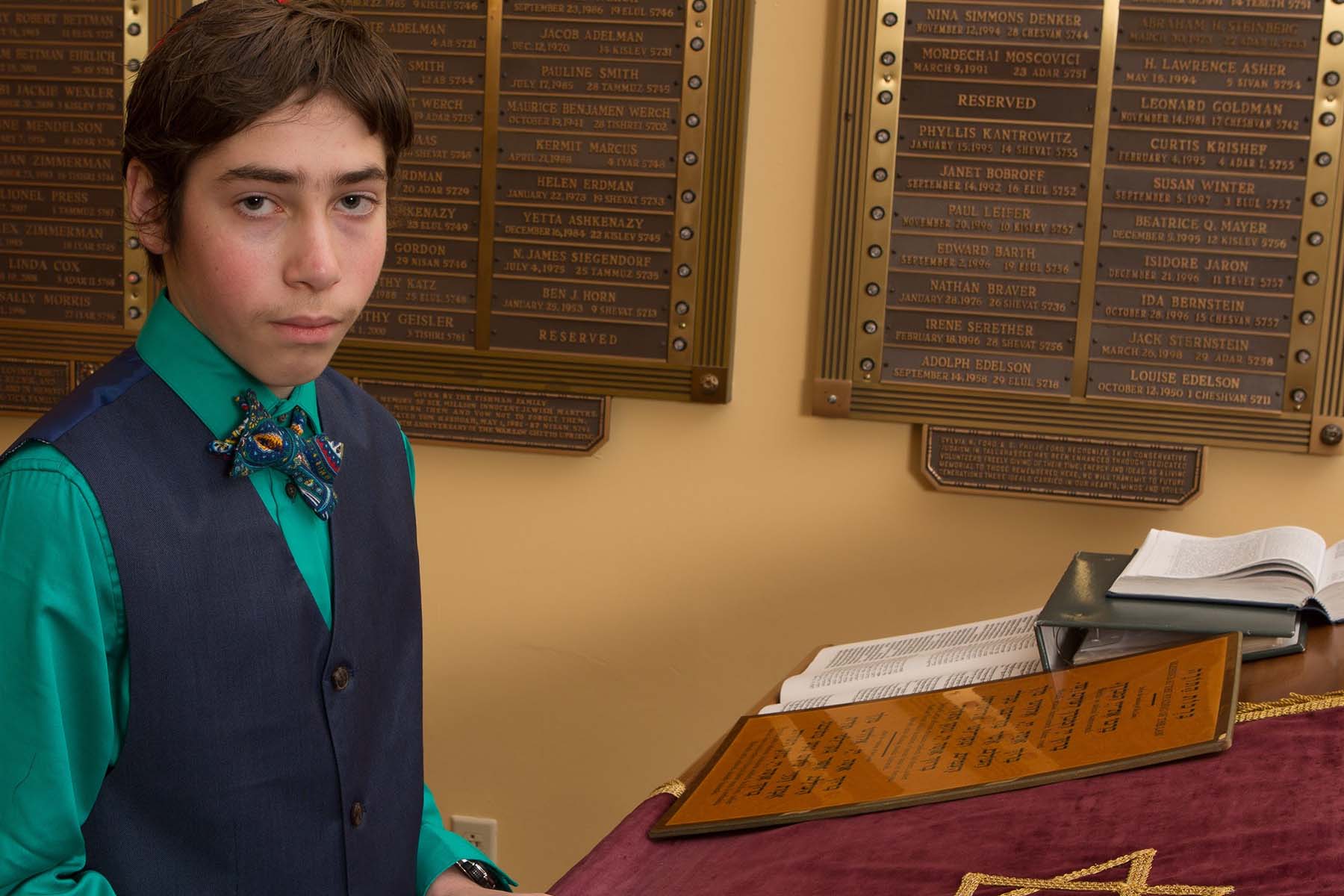 Given the option to continue training without the surgery to correct my ACL in December of 2015 or to have the surgery again with the same outcome, I’m not sure I’d do it again. Of course, I’d hope to be more mentally present as my son declined in health but there’s no guarantee that it would  play out that way. When I chose to go into surgery for my knee, I had no idea how much constant pain I would be enduring, or the palpable fear that something as simple as a sponge bath would create.

As  it turned out, I was in surgery twice in less than a week. I’m told that I bleed easily. What I know is that my knee had swollen post operatively and any attempt to bend the knee was excruciating to the point of screaming in pain. Physical therapy was delayed. I was told that they wanted me more completely healed before I should move my knee again. At home,  I mostly used a wheelchair to get around, at first.

I even tried to avoid fluids, that I could  go longer between bathroom trips. That experiment was total failure as Barbara tried to wheel me to a restroom and I was caught passing nearly brown urine.

I felt like I had become a disappointment to my family. I was supposed to be getting stronger, and here I was completely dependent. Worst of all, my child wouldn’t lift a finger to help me. Somewhere, I thought, I had failed as a parent.  There was a deadline as well. We had invited all of our friends and relatives for Avner’s bar mitzvah in March, now only a few months away. Somehow I had to be steady on my own two feet in order to be able to help with that affair.

It seemed like everything was unraveling at once. I couldn’t walk. I was starting to get around on crutches eventually, but I couldn’t lift or do anything with my hands, if I wasn’t seated. I sort of went to work on my sofa. Mostly, I had my office phone forwarded to my cell phone. Barbara bought me a rolling desk for the sofa. I was able to run tech support and do some website development from my makeshift space, but I felt limited.

The bar mitzvah created its own constellation of trouble. Avner was refusing to go to some classes. He was behaving oddly when he’d go. We assumed it was stress from the coming deadline and Asperger’s Syndrome. However we tried to accommodate him, the behavior seemed to be getting worse. Our friend Dr Barb, was getting frustrated with Avner’s performance during instruction. She volunteered at the synagogue, teaching Hebrew School. She was the front line with our friend Ann to get Avner ready for the bar mitzvah service. Dr Barb was teaching Hebrew reading and vocabulary. Ann was teaching trope for the Torah and haftorah portions. As we got closer to the date, it became apparent that Avner would not read both selections in their entirety.

This was especially frustrating as he had been very good with languages including Hebrew. He would listen to the Shabbat readings during services and ask questions about things he heard. He didn’t want to read along, but he was clearly paying attention. He was also taking Chinese language classes and he had mostly enjoyed both. We had seen him become anxious before and dismissed it as something similar. When he would calm down, we’d ask if he wanted to cancel or postpone the event of having all the family gathered and he told us that he didn’t want to cancel, but practice got no easier.

We hoped that a more familiar environment would help. We started having the classes at home. It’s a small Jewish community in Tallahassee. There were only two or three other kids in his bar mitzvah class. It wasn’t that difficult for Dr Barb to meet Avner at our house instead of the synagogue. Some days would go very well. Others were disasters with everyone frustrated and often angry. Dr Barb had been a pediatrician and decided that we were not providing adequate discipline. This was the period when Avner was losing privileges constantly. We didn’t have anything left to restrict.

At one point, only a few weeks before the bar mitzvah itself, Avner ran away from a lesson and hid curled up under the desk. Needless to say, things were not going according to the schedule. It was the last time that we would ask Avner if we had to cancel the event. Barbara and I didn’t quite know how we would tell all of our family and friends that the event was cancelled, but it had to be better than having Avner back out on that morning.

He said that he could do it. There was no indication of any stage fright. Avner had done plays with the local children’s theater and had been performing with the school chorus. So, it didn’t make sense that he would be resistant to learning his part. He understood the need to rehearse and be prepared before going in front of a group. There was something about the night time practice itself that seemed to be the problem. He’d get to the end of the day and he would start coming apart, it seemed.

There seemed to be a window of opportunity between taking his Concerta (a longer acting form a Ritalin) and 8:00 pm, when he had his lessons. At some point, I don’t remember if it was before the bar mitzvah or not, we increased his medication. All we knew was that as the medication wore off, his ability to compensate for his ADHD and Autism Spectrum behaviors seemed to stop. He was nearly another person.

Barbara and I anxiously took him at his word. We didn’t cancel the event but we had serious reservations. Very little at this point seemed to be going as it should, but just assumed it was stress. Avner was falling behind in his English Class and History. He liked the instructor, well enough. Mr. Mayer was one of his favorite teachers in eight grade. We would hear stories of how the teacher would dress up for class to make history more tangible and alive. It didn’t make sense that Avner would be avoiding his assignments. We figured that we could address the problem over spring break, right after the bar mitzvah.

As March approached,  I was walking again and going to physical therapy. The gym at the orthopedic center is excellent. As an athlete, I thrived on the personal attention and goal focused approach on rebuilding my flexibility and strength. I was starting to climb stairs again. I felt like I had the ability to start contributing back to my own family. Surely, whatever problems had festered while I was consumed with my own health could be reversed as I got stronger again.

In my own mind, I had convinced myself that the problems were due to stresses over my health. When I was hospitalized in 2010 for bowel surgery, Avner asked if a person could live without part of their gut. I convinced myself that seeing his athletic father confined to the sofa was the cause of the problem in 2016. He just needed more structure in his life and to see his father healthy again. It’s probably the same narrative that parents use when their children develop psychiatric and behavioral problems. We imagine ourselves as the center of that child’s world, instead of the child’s emerging maturity.

We managed to get Avner’s Hebrew school tutors to work with him earlier in the day. I was finally climbing stairs again and I was out of my leg brace. I went to physical therapy twice a week by bicycle. The four mile ride meant that I was warmed up when I walked in the door. I didn’t need to walk on the treadmill, which bored me terribly.

I’d arrive and go straight to squats on the balance board, one leg balances, lunges and eventually one leg presses, curls and lifts on the machines. In between I was walking and swimming and working on core exercises.

Tallahassee is notoriously difficult to reach as a travel destination. The airport is small. The train stopped running after hurricane Katrina. Even though we are the state capitol, the nearest cities of any size, Pensacola and Jacksonville are hours away on Interstate 10. Orlando is a four hour drive south and Atlanta is nearly five hours north. Somehow, we managed to draw family and friends from Miami and the Midwest for the Avner’s bar mitzvah.

Avner did a great job of leading the service. He read his Torah portion and made relevant commentary on the haftorah reading. Barbara and I made speeches appropriate to the day. Our Boy Scout troop sat near the back in their field uniforms. Members of the synagogue remarked how helpful the scouts were. The scout families remarked inviting the synagogue members were and how good the food was. Considering the turmoil leading to the event and the evening reception, everything went exceptionally well. It was the first Saturday of Spring Break.

Friends and family left the morning after the service. We were feeling pretty good. Somehow, we conquered the first big milestone. Avner was behind on some school work but we had all of spring break to get it done. We could finally relax a little, we thought. We were wrong.