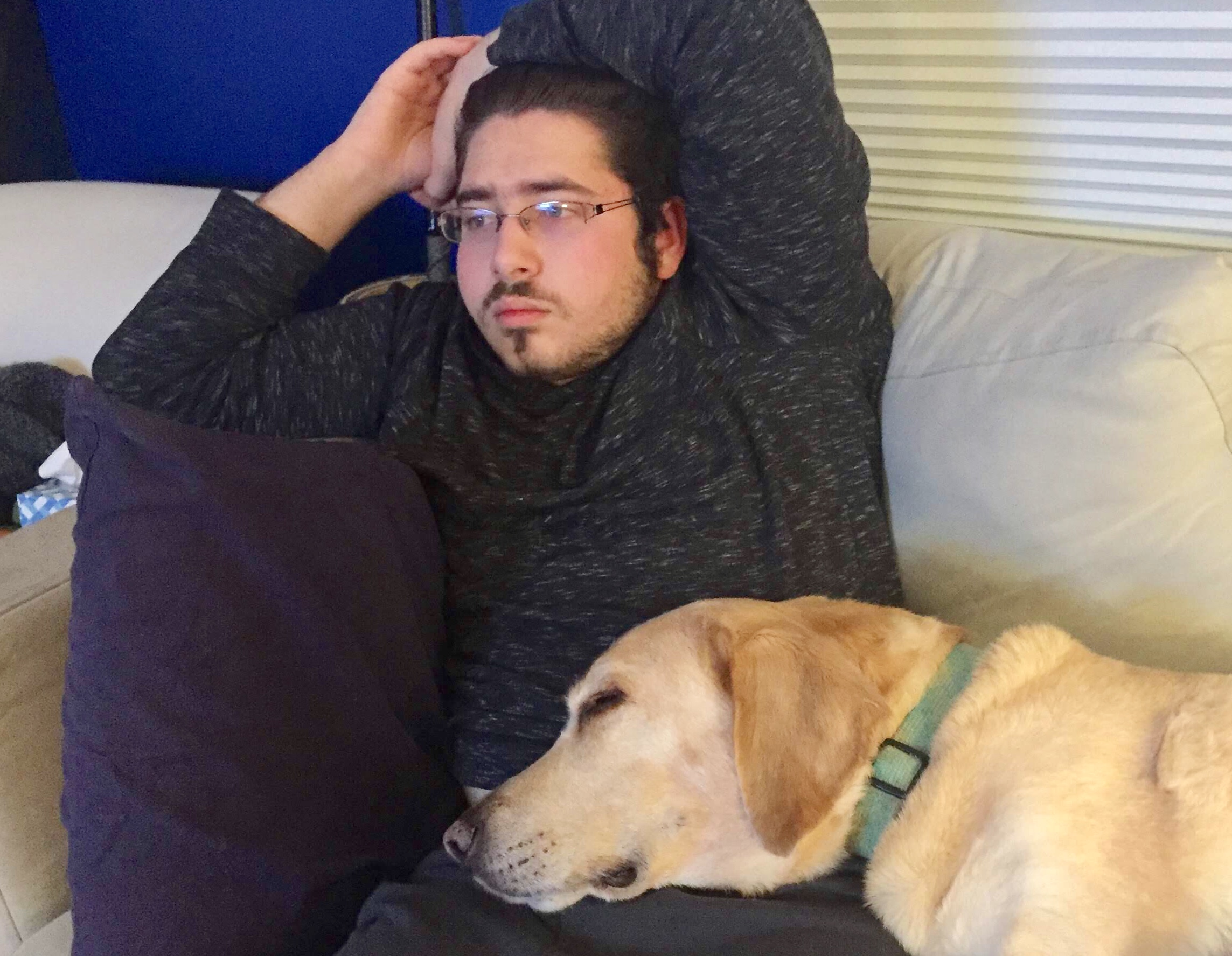 I suppose that context always makes the difference. Talking to Avner tops the list of important things I do, especially during this lockdown. Absent any other external stimulation, I find that engaging conversation has a nearly magical ability to restart cognition. It may be my own confirmation bias, but I don’t think so.

Avner has a ravenous appetite for information and analysis. I love that aspect of his personality. We were talking about organizational systems, comparing religious and secular codification of behavioral systems. It ranged from Torah, to the US Constitution and the game of Fluxx. As always, this 17 year old, self described recluse, surprised me with the depth and breadth of his independent reading and research, citing Hoffstadters Law, the color of horseshoe crab blood and other miscellany during the wide ranging conversation.

These observations connect to other observations I accumulated about how Avner’s brain works and sometimes doesn’t. If you take all of the bits and pieces and health factors that conspire to shape his perspective, it can be very daunting to break the mental inertia. It’s bad enough being a teenager. Toss in a little ADHD and high functioning Autism, conclusions seldom move in straight lines. Finally, we sprinkle on some hypersomnia and moving in any direction can be daunting.

I’ve been learning some patience. Avner gets tired and that frequently becomes the biggest obstacle that we face. Like neurotypical teens, There’s some distance between dreams and attainable goals. Unlike a lot peers, we have the the advantage of scouting, which teaches goal setting and achievement from the first day.

He follows the logic. He understands that goals can’t be reached if we don’t work on them, but the frequent mantra becomes, “but I’m tired.” I have no doubt that he’s tired. He’s more than tired. Frequently he seems to be at the brink of physical and mental exhaustion.

And so we have the conversations. I find that sitting with Avner, expressing interest, pulls him back into our reality. It doesn’t always last. Actual sleep will always win. Too much activity will wear him out and send him to bed earlier and may result in a kind of exhaustion hangover for a day or longer.

I frequently read from other parents of kids with KLS, that their kids watch television differently in episode. There’s frequently a pattern of regression, with the interests and tv watching habits which selects content aimed at a younger age.

We used several such measuring sticks over the years to determine cognition and what we might expect on a given day. What Avner chooses to stream on the tv says volumes about his mental state. Many of us identify with the idea of comfort food. In our house, it extends to comfort tv. As I said before, he has an amazing thirst for knowledge. So, when Avner gets tired, we see lots of Myth Busters, over and over again.

You might think that he’s watching too much tv, if we can measure his mood and function by his selection of television. What we’ve learned is that it functions both as a comfort to him and a window into how his mind works or fails.

It’s an effective stimulant to stave off sleep, when he doesn’t want to sleep (and probably shouldn’t). However, we find that sometimes even engaging in conversation becomes a challenge. His temper becomes very short and his expansive conversational tone becomes abrupt and curt.

As his mind drifts, looking for something to grasp, there’s the comfort of Myth Busters. There’s the novel input of anime and then there’s the police procedurals. I discovered that the anime wasn’t entirely escapism. As I’ve mentioned before, Avner has a talent for language. Even though he studied Chinese in middle school, he was never enrolled in Japanese classes. Yet, he’s been learning Japanese, through immersion.

The tv viewing washes over him like water. I learned that he’s a sponge, soaking up what he sees and hears. My father is also gifted with languages and studied Japanese as an adult in the 1980s. Avner can’t speak the language (as far as I know) but was able to discuss points of grammar and syntax.

The result of the past several years is that Avner’s had a lot of time alone. I think Barbara first observed that he seems better when someone sits with him. The act of occupying the same room has a positive effect. In the last several months, I’ve learned that slowly interjecting a little light, undemanding conversation brings cognition to a higher level. Eventually, our whole child returns to the surface. He’s bright, engaged again and very sharp witted.

As this memoir continues, I’ll cover more of the moods and changes. Right now, keeping the brain engaged remains one of the big struggles.

A few weeks ago, I also wrote about the shift in sleep schedule. That’s been another adventure. Today is the first day that looks nearly normal. Several weeks ago, we discovered that Avner was going to bed at 6:00 am. Circadian rhythm goes hand in had with sleep disorders and I’ve seen this before, late last summer. That was a briefer episode that corrected itself.

This time we tackled it head on, stretching bedtime from roughly sunrise to early morning and continuing forward an hour or so per day, as we could. Some days slipped backwards with huge frustration on all parts. Some days we gained more than we hoped. A couple days ago, it looked like Avner reached our stated goal of a 10:00 pm bedtime. The next morning however, we learned that he had an hour of sleep then been awake all night.

Obviously, we dreaded the possibility that we were back at square one. Somehow, he persevered and at 10:00 pm he sauntered back to bed. Twelve hours later, he was awake and mostly functional. He’s been complaining about being tired and achy for a while. That’s one more sign that KLS/Hypersomnia is connected to an autoimmune response.

We have the rest of the summer to work things out. School will return in the fall and Avner needs to register for classes. There’s a lot to do, but we can take a little time doing it. As I said. I’m learning patience. It won’t be done today, but if we keep working at it, it will get done in the time it takes.