Life Before we Knew KLS 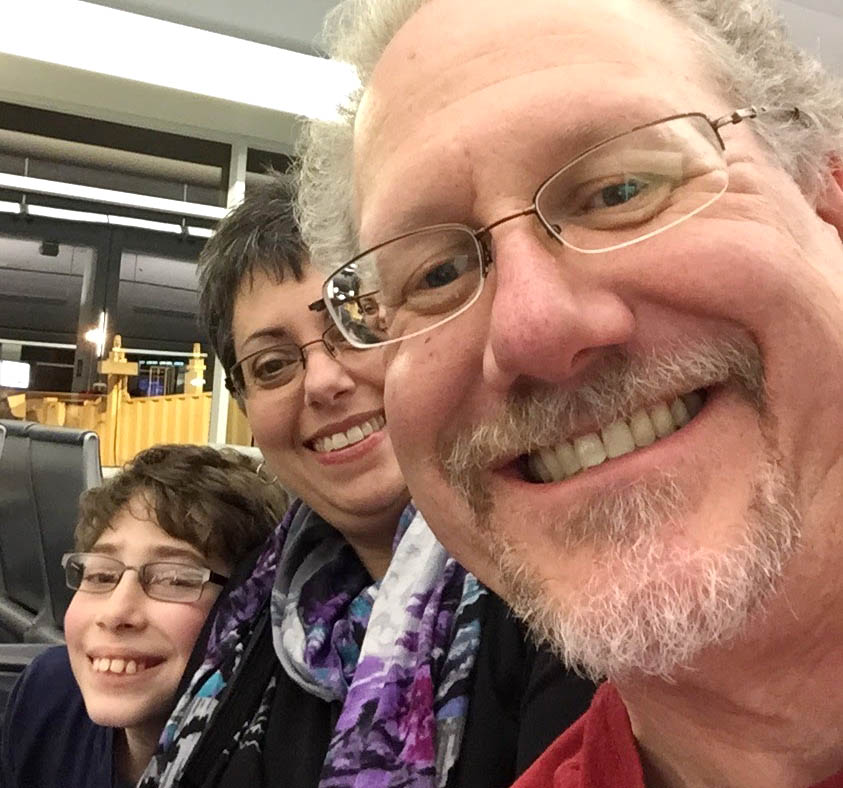 In hindsight, early 2016 started the steep decline in the quality of all of our lives. As parents, Barbara and I failed to recognize the symptoms of Avner’s decline as a medical problem. The changes and challenges came so fast that we pivoted from crisis to crisis. It feels as if we were the frogs in the slowly warming pot, about to boil to death without realizing the clearly present danger.

We should have reacted to the sleep. We didn’t. Like most small children, Avner was an early riser, always up with the sun. By the middle elementary school years, Avner his early rising was somewhat tempered by Concerta, a stimulant frequently prescribed for Attention Deficit Hyperactivity Disorder (ADHD). It took a little effort, but Avner got to bed at a reasonable hour and usually had an adequate night’s sleep. He didn’t always want to get up for school, but it didn’t take too much effort in elementary school, despite the 8:00 a.m. start. I’m confident that he got to school on time more often than he didn’t. In fact, we used to bike to school up until third grade with a tandem trailer.

Middle School was more trouble for us as parents than for Avner. The school day didn’t start until 8:45. The IB Prep magnet program was located across town at Fairview Middle School and they provided bus service for families in the county who weren’t zoned for it. Even with the extra travel time, waking for and dressing for the bus, wasn’t initially a problem.

Avner was a voracious reader. His signed his first words to us a seven months. He was speaking simple sentences by eighteen months. He was reading on his own by the age of four. So, by middle school, we were frequently worried about the large books that he was carrying around. Some mornings, Avner would go to the pool with me, while I swam laps. The city pool that I like best, is near the middle school. Other days, we’d run around Cascades Park, near the pool.

Avner used to tell people that he’s not competitive. That wasn’t exactly true. He had a strong competitive streak but it wasn’t channeled into mainstream sports.

I’ve never been a fast runner, but I lumbered through the distances I need to complete my triathlons. When I’d run with Avner, he’d get out in front of me and run backwards, uging me to catch up. If I complained, he taunted me to run faster. I could go further, but he was much much faster. He couldn’t go much more than two miles, so he’d wait by the car for me after a few laps, while I kept going.

By his second year of middle school, Avner had a group of friends who played video games at school before class in the library. So, it was not unusual for me to take Avner to school in time to play games with his friends. He also went to the after school program staffed by the teachers to complete work before coming home. If he could show that his work was done, he and his fellow eleven and twelve year olds would pick up where they had left off in the morning.

Sometimes he would fall behind on work. Almost always with writing assignments. We managed to secure an accommodation for a dedicated word processing keyboard. It was a terribly clunky device, with a full sized keyboard and an LCD display that showed a couple lines of text. Eventually, we got permission to send him to school with a laptop, if we purchased it for him. It made him less self conscious to have a laptop like some of the other kids in school.

So, as the new school year started, we had a young man, approaching puberty. He was sleeping more. Teens do that, we thought. He was getting surly. Teens do that we thought. He became less interested some days about scouting. We knew teens did that too. In scouting we call it the fumes, perfumes and car fumes that pull kids away from the program.