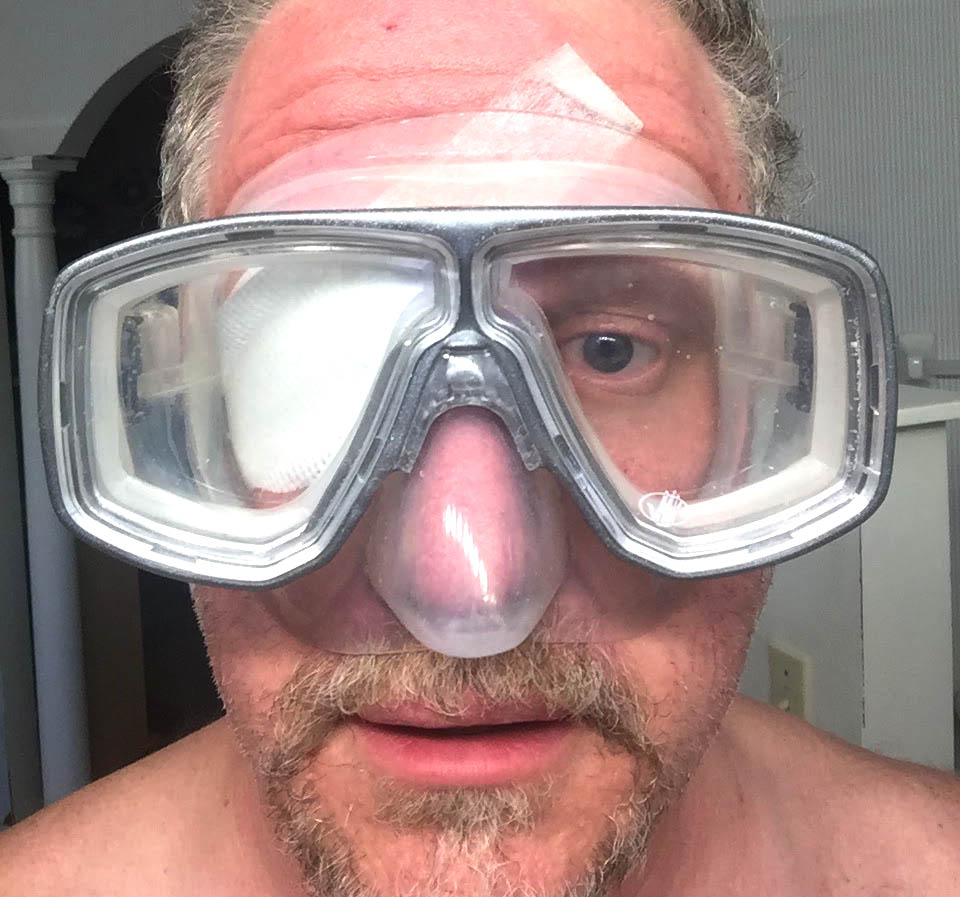 Finally, a couple very eventful weeks after my retina tore in the ER, the boys left for St Thomas. For two brothers in our scout troop, it would be the crowning adventure of their time in Boy Scouts. Brandon, the older brother had aged out of the program. Dylan would age out the following year.

Both brothers were athletic and aspired to military careers. Brandon, was the less cautious of the two boys. Brandon was the brother who, when he was 16, arrived one night to a scout meeting with the brightest, most garish green cast on his arm. He held court, telling the boys in the troop of his grand adventure and poor planning that led to his fractured arm. He relished every detail of every pin in his arm. He enjoyed the attention and grinned broadly all night as he showed off his reward for poor decision making. The way he grinned disarmed everyone and made him an instant friend to everyone in the troop.

Being over the age of 18, he traveled to Sea Base with the troop as an adult. He had also earned the rank of Eagle Scout, but refused an Eagle Scout Court of Honor, a public ceremony celebrating the achievement. So, on the morning that the troop left for Sea Base, in St Thomas, we conducted an abbreviated Eagle Scout ceremony in front of the baggage check for the braggart, who was now too shy to accept commendation.

As part of his Junior ROTC activities, Brandon had completed CPR training. I had originally been the CPR certified leader for the trip that I could not join. Instead, I was very proud to send Brandon as one of our CPR certified adults. It was an exemplary testament to the scouting, the Patrol Method and how it grows youth into responsible adults. In order to balance all the youth and trained leaders, I had placed Avner on the boat with Brandon.

For the next week, the scouts and I had our separate adventures. They went snorkeling and sailing. I wore my dive mask in the shower to protect my healing eye. They sailed the seas and skirted the border between US and British waters in the Virgin Islands. I started driving again.

The boys came home and we waited in the small Tallahassee airport lobby for our boys in uniform. Avner had torn his uniform pants on the way home and looked a little disheveled. However, it was Brandon who really had the most prophetic words for me. “Mr Lyons, Avner sleeps a lot.”

The other adults dismissed the comment, but it would come back to haunt us later.